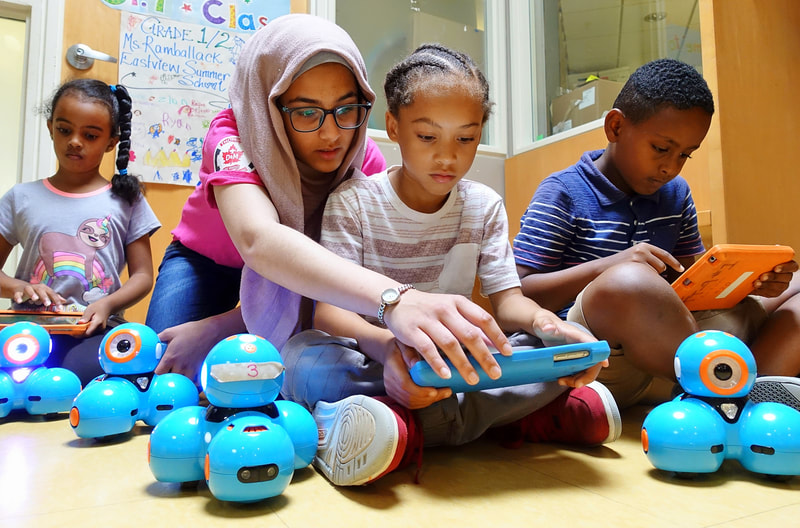 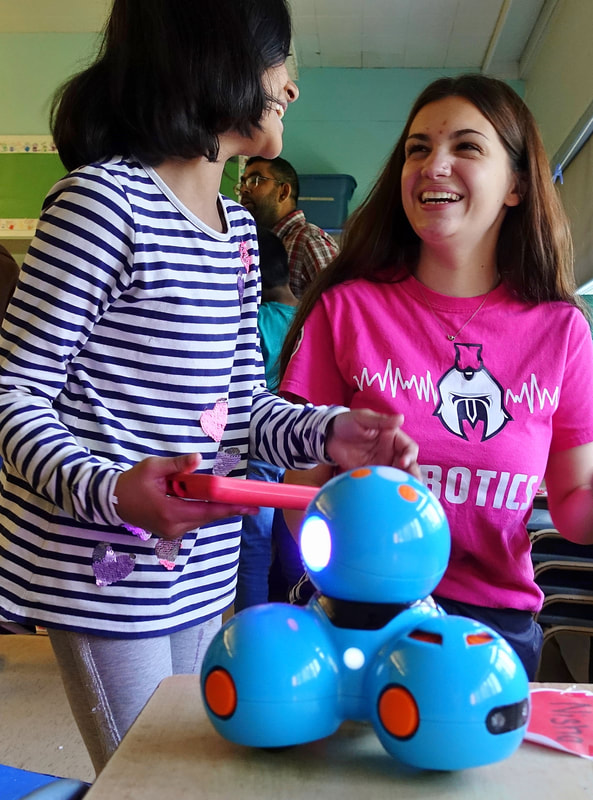 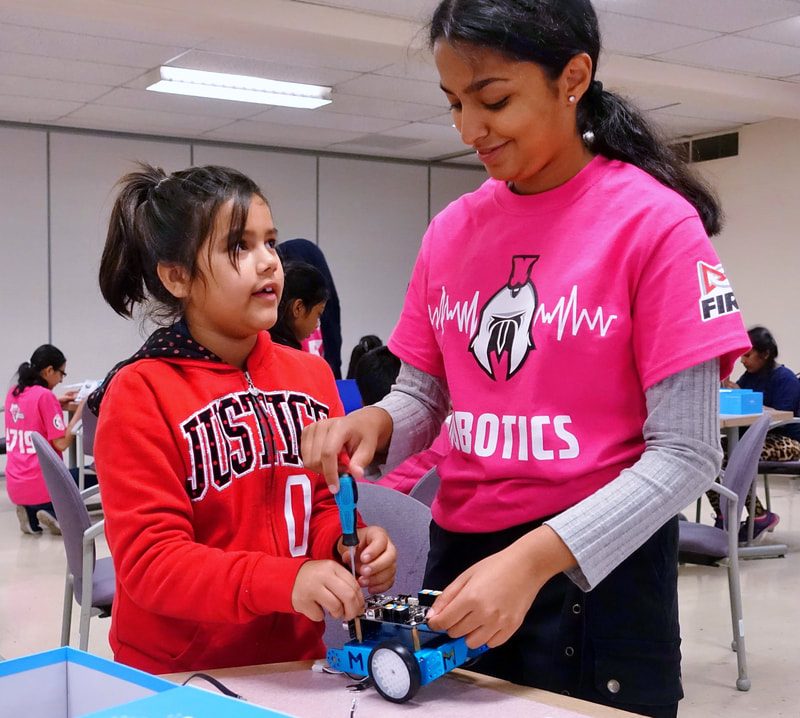 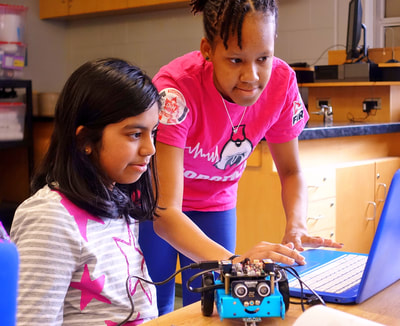 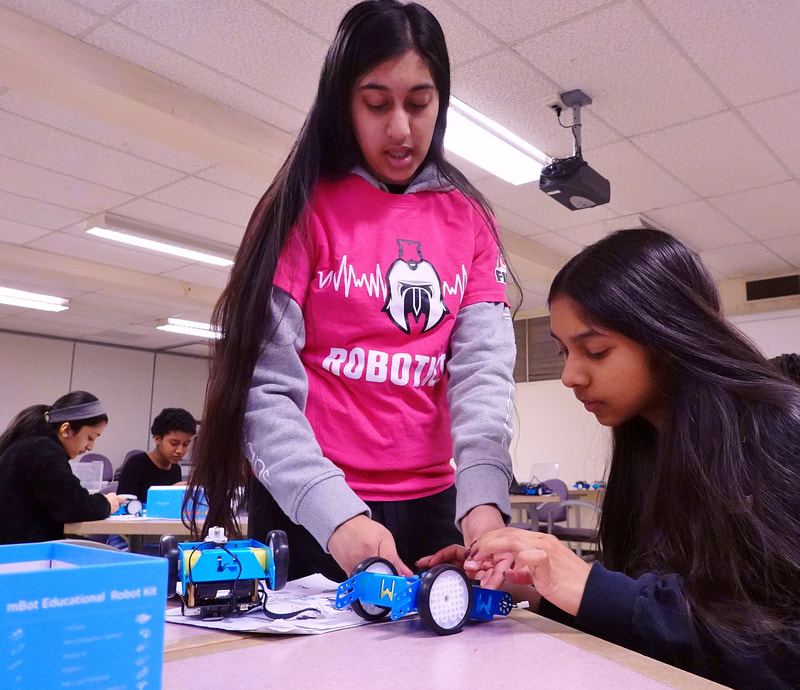 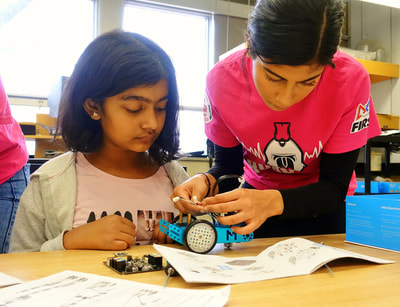 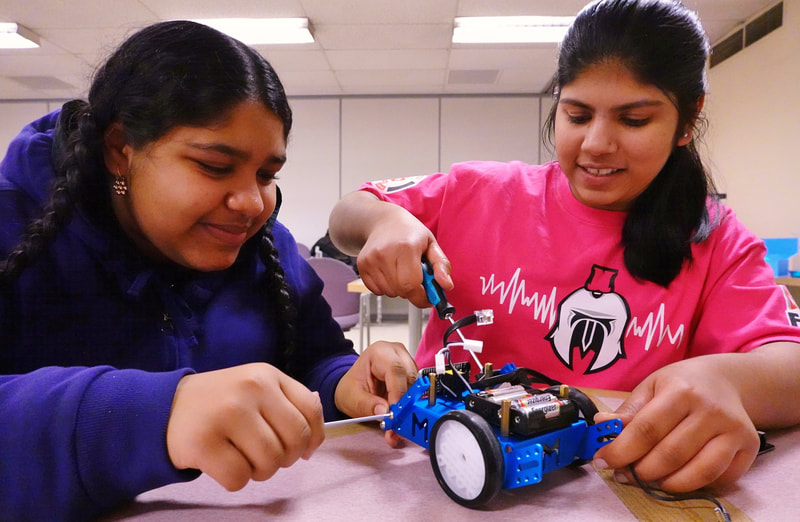 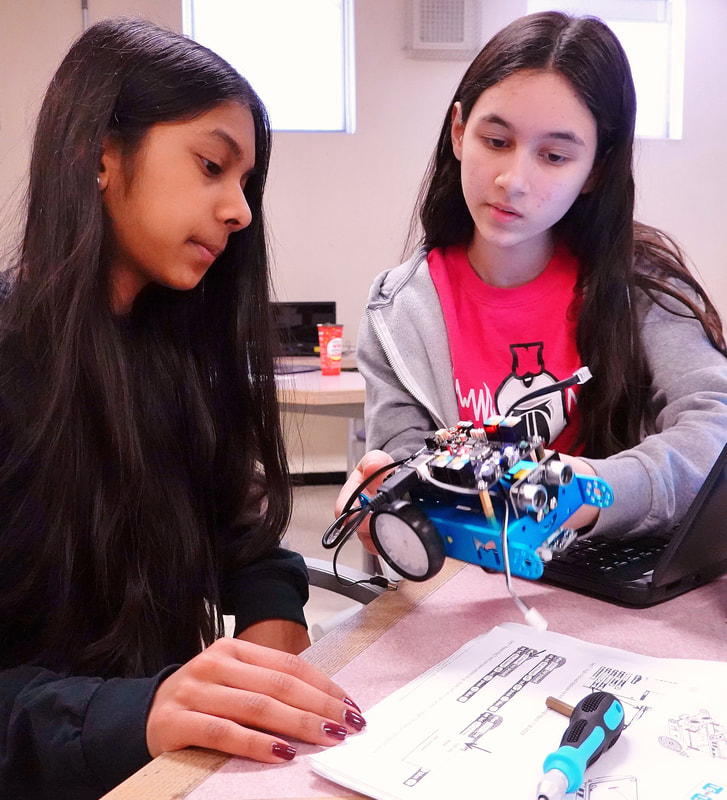 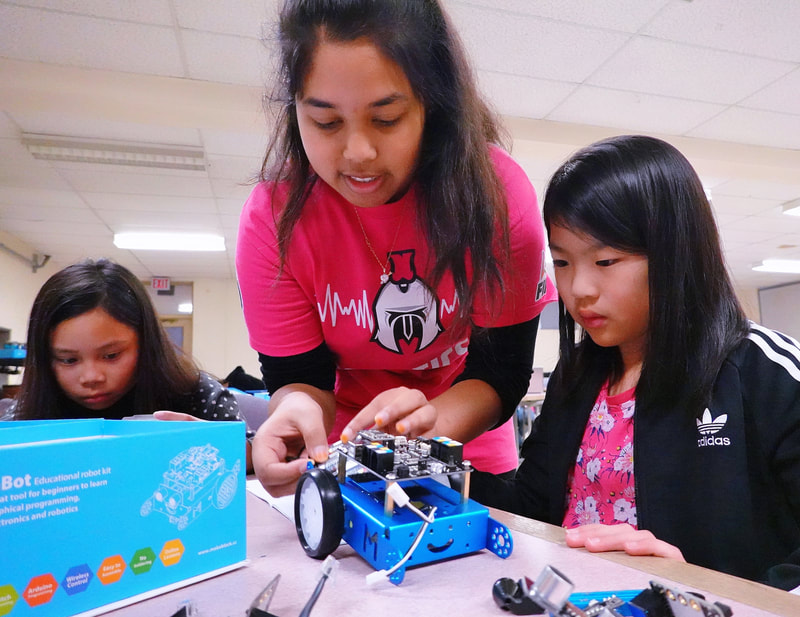 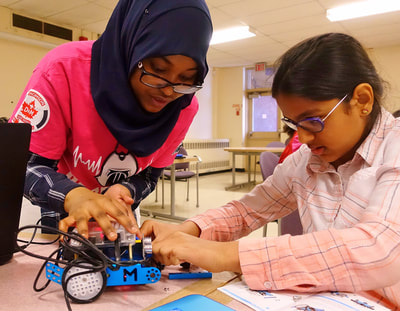 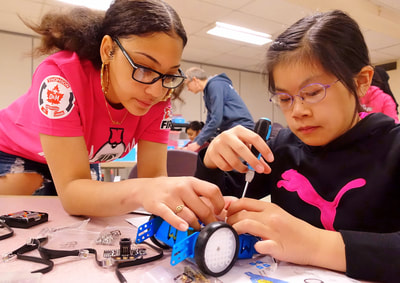 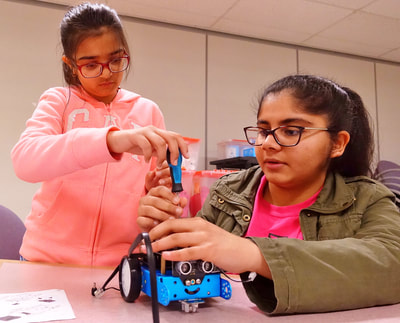 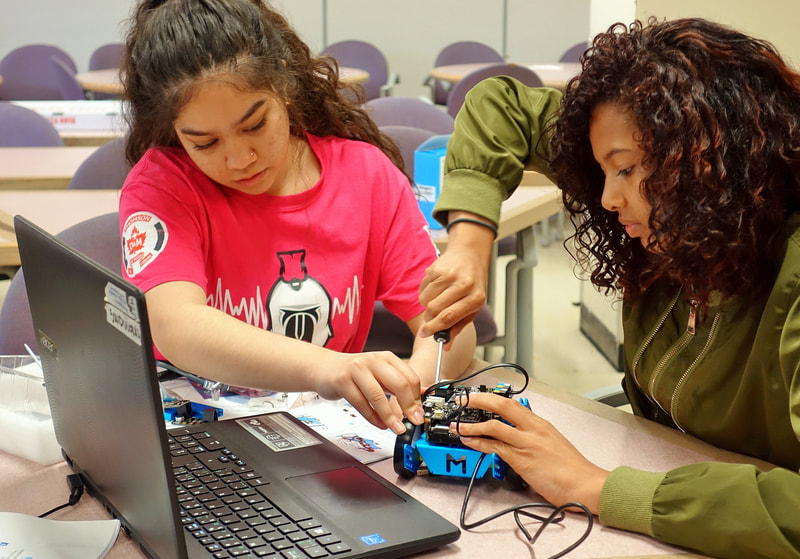 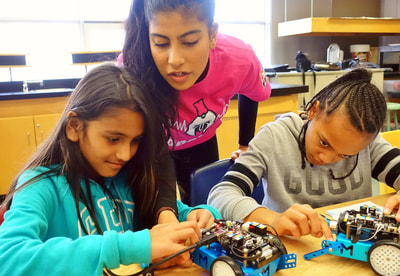 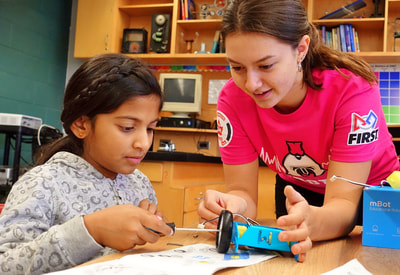 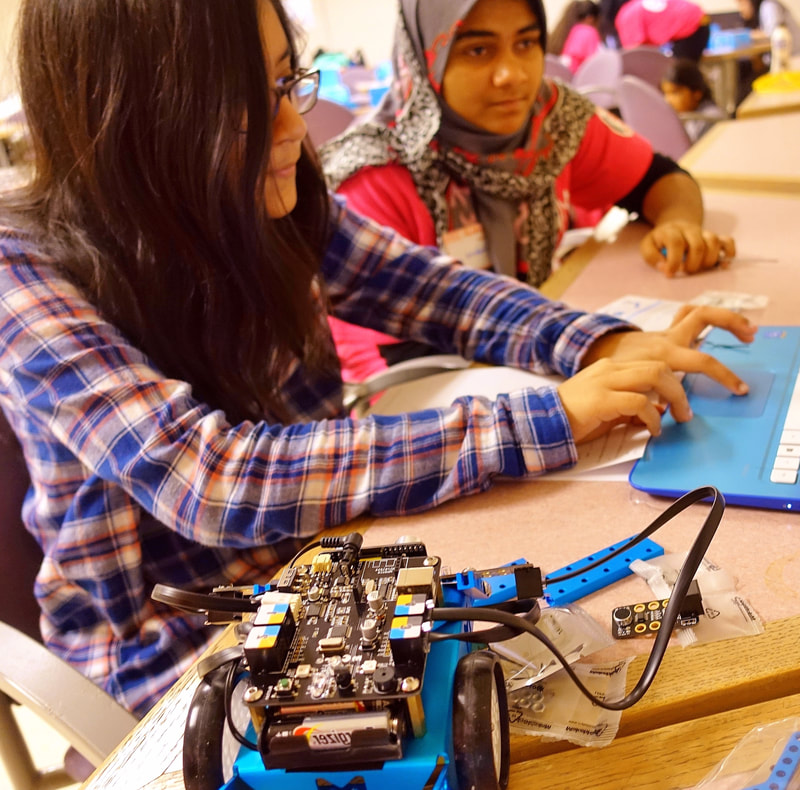 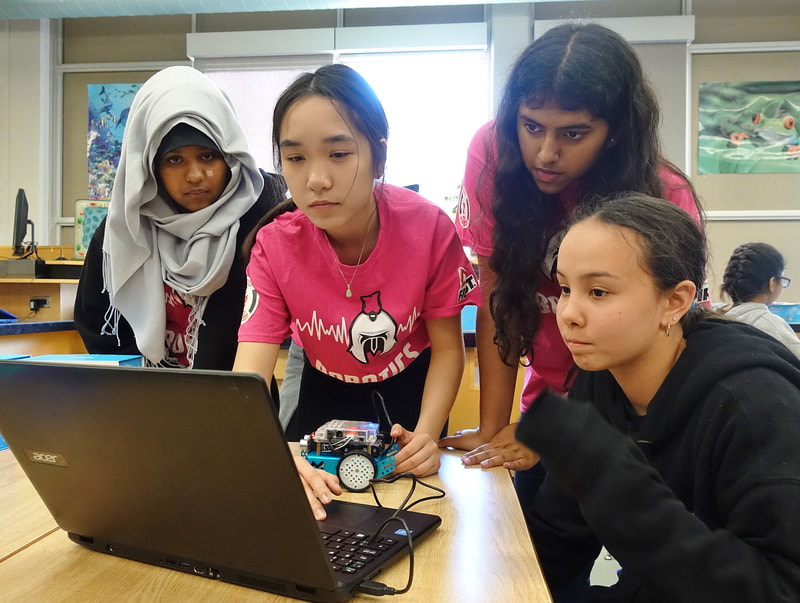 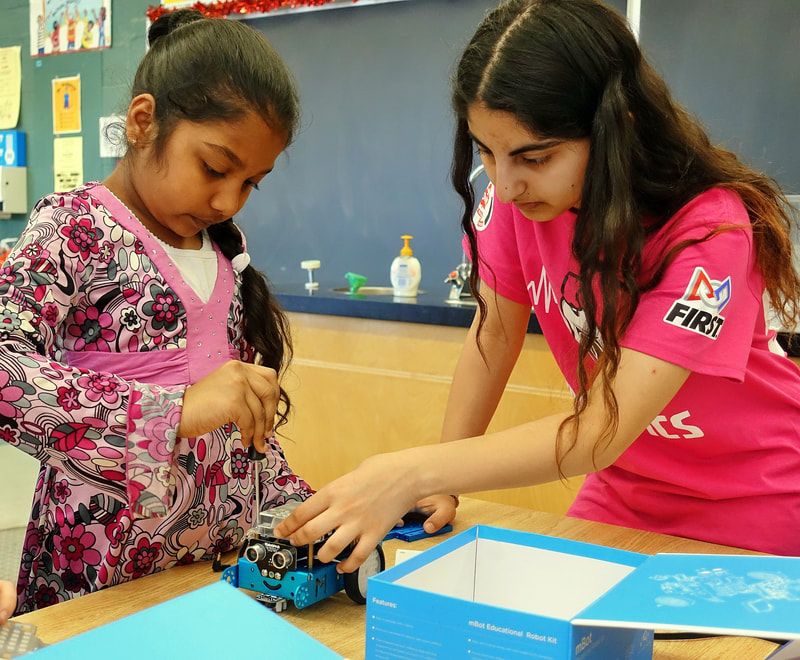 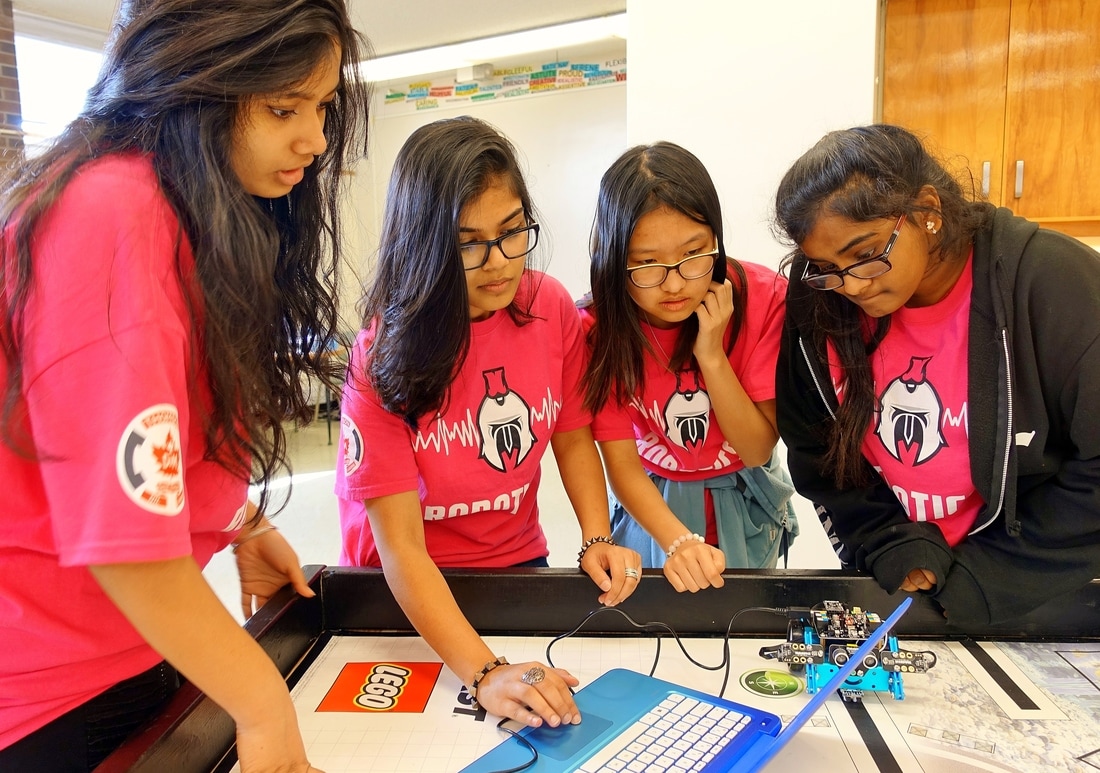 Girls of the Pink Titans represent Grades 9 to 12 students from a variety of strong interests including biology, arts, business, phys. ed., and social sciences.

While a few of the girls arrived with experience in the FIRST LEGO League, many of the girls of the current Pink Titans were introduced to robotics this past year.  Using MakerBots, the girls learned coding with Scratch, built with tools, and learned about the variety of sensors; including, ultrasonic range finder, line-follower, and light sensors.

Over the year, the girls of the Pink Titans coached and mentored girls from local elementary schools in utilizing MakerBots, Dash and Dots, Spheros, and LEGO Mindstorms EV3s; as part of the learning in the elementary curriculum.

Many of the girls have expressed assuming additional roles on the Pink Titans, including programming, building, controlling, and public relations.

Rubika Nanthakumar (below) earned the Youth Mentor Award at the FLL Toronto East - Woburn Qualifying Tournament.  She mentored FLL 2111.  She is currently a mentor of the Pink Titans. 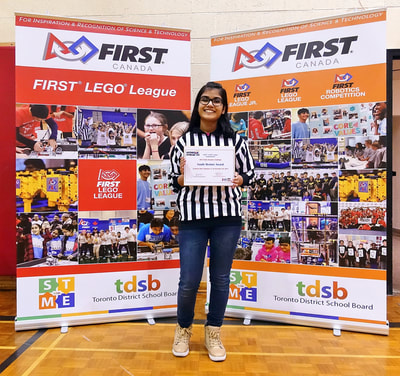 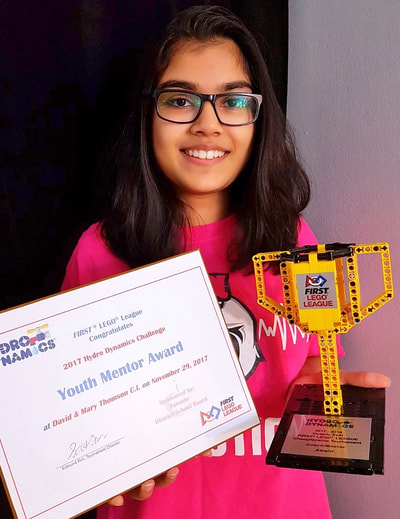 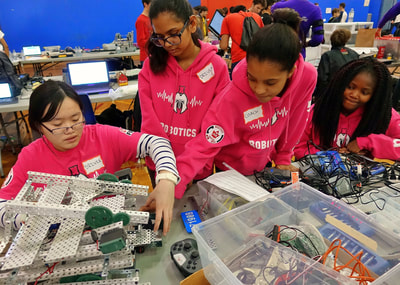 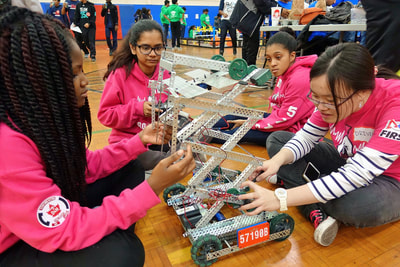 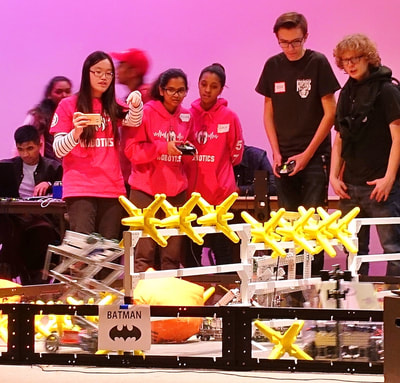 Nov. 26, 2015. Fiona, Mahia, Jasmine, and Vanessa comprised the all-girls' VEX robotics team, one of three teams of the Pink Titans at the Toronto VRC Qualifying Event.  The girls worked hard over the last month to build and program the scissor-lift mechanism of the robot.  All of the girls expressed interest in pursuing careers in health sciences.
Powered by